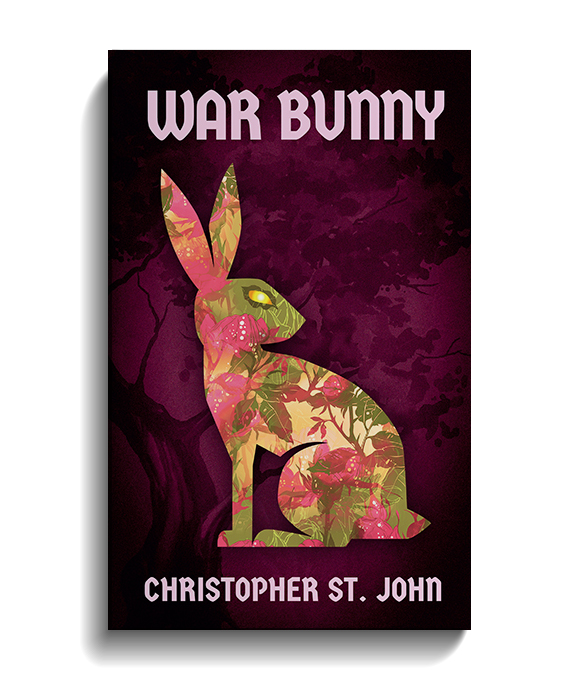 When my partner and I first started collecting rescue bunnies ten years ago, I knew nothing about rabbits. Like most people, I had been acculturated to think of rabbits as living plush toys: 24/7 snugglers created to be pets for tween girls.

I was surprised to discover how complex their lives were. How territorial they were. And how fierce.

We were bringing home rabbits one or two at a time from rescue organizations, and we gave them free run of the house. We did not know then that rabbits who don’t know each other may be highly suspicious on first meeting, and very protective of their perquisites.

We attempted to make them all one big happy family (called “bonding” in rabbit parlance) and were shocked to learn they had minds of their own.

The rabbits eventually organized themselves into two opposing gangs, each with its own leader. They competed for territory. They competed to control food, even though there was plenty for everyone. And they competed to monopolize the petting that came from the two amiable herb-dispensers and litter-box attendants who hovered over their world.

It wasn’t all open warfare. Initially, one gang asserted ownership over all the rugs in the house. If members of the other gang were walking on the hardwood floor, Team Rug would rush along the edge of the carpet, guarding every inch of it with the zeal of true nylon pile patriots.

Team Rug eventually refused to walk on hardwood floors at all. So we ended up buying sample carpet squares to create walkways from one rug to the next.

Within each gang, there was much love and cuddling. Each individual had their own hopes, fears, and preferred lifestyle. And they supported each other in that.

The gang leaders’ personal styles were also very different. The leader of Team Rug was very caring with her members. She looked after them as closely as any helicopter mom, guarded her frontiers diligently, and snuggled with them hourly.

The leader of Team Hardwood, by contrast, swaggered around the house, assuming ownership of everything by divine right, and accepted the treats and petting coming her way as her natural due.

Over time, we learned to understand their language of posture and gesture. The ears alone are surprisingly eloquent. So we could read what they were saying to each other, both as friends and competitors.

Sometimes the statements were quite layered and—to us—hilarious. Such as the time when the Wood leader strolled up next to the edge of the rug where the opposing leader was standing, and engaged in the “I’m so comfortable” flop onto her side, which rabbits only do when they feel extremely safe and relaxed. The message to the Rug leader was quite clear. You are no threat. At all.

Despite our efforts, eventually there was open fighting. And once it started, it was ferocious. After several trips to the vet to get the gladiators stitched up, we turned the house into a miniature supermax prison, filled with gates at every doorway. The new regime was: These two gangs can’t be in the same room at the same time, or they will start shanking each other with their half-inch long incisors.

That kept the peace for awhile. Then the gang leaders realized they could fight though the bars of the metal gate, and they went at it with the balletic energy of an OG in West Side Story. When we put up plexiglass on the gates, they would sit on opposite sides and glare at each other.

In short, it was a whole culture and drama happening six inches from the floor. And watching this, I got the first glimmerings of an idea: These individuals could take on a predator if they worked together.

Some visitors have looked at this rabbit epic and said, “They are so much like humans!”

I can see why they say this, but of course, it’s really the opposite that’s true. We are like them. Although we sometimes forget this, we are animals. And they are us.