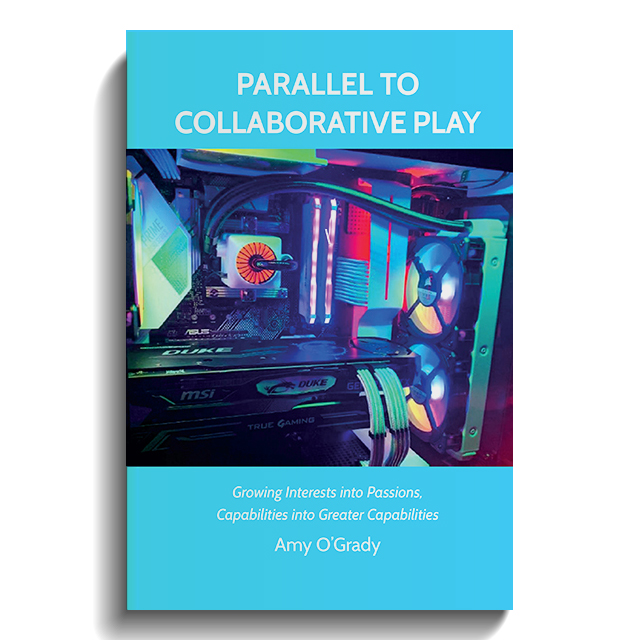 Myth 1: Participating in an activity with my child would have been preferable to cheering him on from the sidelines.

What Turned Out to Be Fact: Participating in an activity worked if I had enough expertise in a given field to collaborate with my kid in the same way that I might with any other kid in my capacity as an expert (in music). Otherwise, my participation only laced my kid’s excitement to try (and try again) with the pressure of having to perform to my expectations.

If I happened to have an interest in participating in a field (apart from my kid’s), I learned that I should pursue it with my own equipment, experts, and peers – apart from  his.

Myth 2: Helping my kid get ready for an activity enabled him to have a better experience of it.

What Turned Out to Be Fact: Any kid excited enough to tell me about an upcoming opportunity was as likely to be thinking about and getting ready for it on his/her own. What I did find I needed to do instead was simply listen for that kid’s resulting Q&As about the who, what, when, and where of that upcoming event or opportunity.

My role turned into supporting my son (and his peers) with logistics, like meals and transportation. I also kept a Go To bag of commonly forgotten items in the car so that I wouldn’t have to run back and forth for them – e.g., sunscreen, deodorant, band-aids, etc.

Myth 3: The more I doublechecked on what my kid’s next steps were and whether he was executing them according to plan, the better.

What Turned Out to Be Fact: Other than doublechecking for illegal, immoral, or unethical behavior on my kid’s or the expert’s part, I had to trust that they had the same “just right” next steps in mind and that they would always be working through technical and creative understandings and misunderstandings between them. My doublechecking only took away from the kid’s excitement about the next steps and/or prompted the expert to explain how things could play out, but in advance of the kid even getting the chance to know how things would play out for himself.

Even parents who serve as their kids’ coaches know: Give-and-take between experts and kids over the whats, whens, wheres, whys, and hows is essential. Doublechecking on whether a kid will execute these as anticipated only creates performance anxiety.

Myth 4: The more Q&As I conducted with my kid, the better a parent I could be.

What Turned Out to Be Fact: Playing “20 Questions” with a kid bordered on hen-pecking more than anything else.

I remain mindful to this day that my greatest job and privilege is simply to listen to the reality of what a kid has experienced – the good, the bad, and the in-between. Not to change or twist his/her description of it. I could observe but to myself: Was the kid and coach interacting with a happy or difficult give-and-take? How did gear and logistics impact trials and errors?

Remaining silent and trusting kid and coach alike to be acting in good faith allowed me to hear the truth of a situation as volunteered from my son, his peers-as-colleagues, experts-as-collaborators, and my husband – in real time and in directions for which I myself would never have accounted.