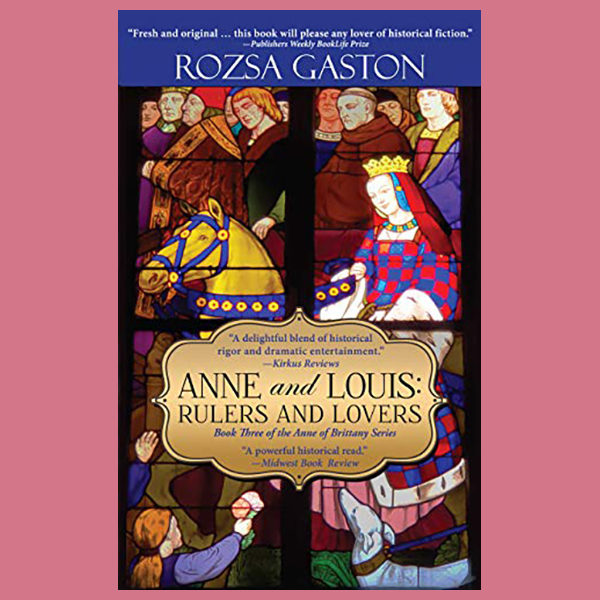 Anne and Louis: Rulers and Lovers is the sequel to Anne and Louis, General Fiction Winner of the Publishers Weekly 2018 BookLife Prize.

In 1501, Anne of Brittany devises the perfect match for her only child by Louis XII, King of France. Their daughter will become the most powerful woman in Europe if she marries the future Holy Roman Emperor. But Louis balks. Instead, he wishes her to marry his successor. How else to keep his own bloodline on the throne?

Anne is incensed. Why should her daughter not rule Brittany one day as her successor? Better to be a decision maker as ruler of Brittany, where women are not forbidden to rule, than only to sit next to France’s future king as queen-consort, bereft of political power.

Anne wants Louis to stay out of Italy, but Louis is determined to gain a foothold there for France. Joining Ferdinand of Spain in a secret pact to partition southern Italy, Louis soon discovers with devastating results, the age of chivalry is over.

As lovers, Anne and Louis are in accord. As rulers, their aims differ. Who will prevail?

Book Three of the Anne of Brittany Series of which Anne and Charles is Book One, Anne and Louis is Book Two.