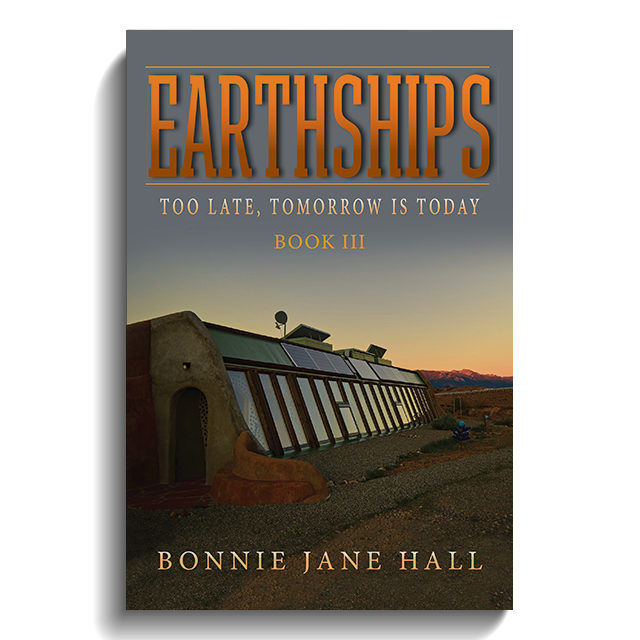 Too Late, Tomorrow is Today

Humans are very bad at preparing for disasters when warned. They wait until the event happens before they act. Then it is too late and the costs too high. The cost is likely to be the annihilation of life on Earth. The powerful leaders and masters of civilizations have raced toward destruction with overwhelming zeal. Greed was the focus. Greed drove them to ignore the science.

Laurel Campbell, the protagonist, through her research of climate science realized that Earthships could save many lives because they are off the grid-self contained in-ground fortresses. She became an architect, then spent months in New Mexico building Earthships. Then in 2030 she and her family moved to a 25 acre farm they had inherited from her grandparents where they started a commune of like-minded survivalists including family, friends and immigrants fleeing destroyed countries.

Forester, Laurel’s engineer father and a retired military man used the latest technology with AI, computers and drones to build an infrastructure with a small army of people able to defend themselves. As secure as they felt, with the loss of the ice in the Artic… a switch was flipped and Laurel’s family and friends became terrified as the ‘Ring of Fire’ in the Pacific erupted. Laurel now realizes the sixth extinction is upon them and they will need the help of a supercomputer, the latest technology, androids and robots to survive.

The Earthship trilogy was written as a story to enhance interest, but was carefully researched by the author to inform readers about the danger the climate crisis poses to humanity. Readers will learn how to be better prepared to increase their chance of surviving the coming apocalypse.