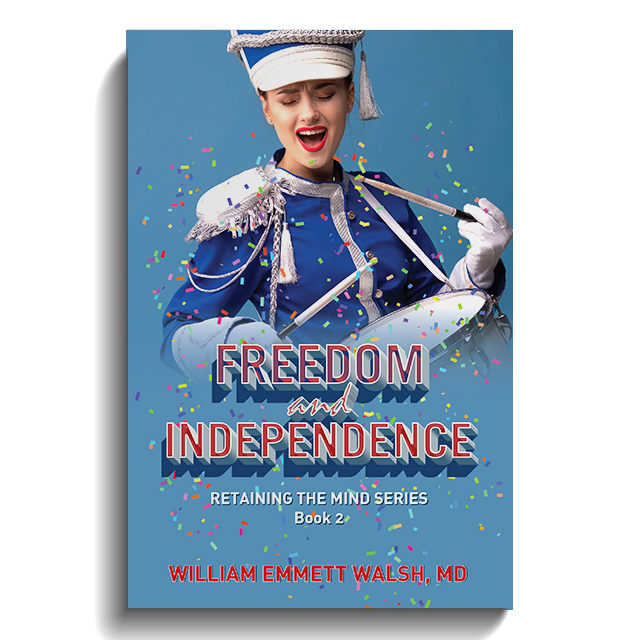 Dementia—represented by conditions such as Alzheimer’s and Parkinson’s diseases—begins in early childhood where research shows it causes a transient but measurable decrease in IQ. Then follows a lifelong attack on our nervous systems, its effect aggravated by any injuries to the brain. Finally, as many people age, the genes that protect the brain begin working poorly, deepening dementia.

Alzheimer’s Facts and Figures of 2021 point out that six million Americans live with Alzheimer’s and one in three seniors die with Alzheimer’s disease or another dementia. In addition, they note that dementia, in its many forms, causes more deaths than breast cancer and prostate cancer combined.

Although dementia accompanies many deaths, it is a simple, nasty disease, a sheep hiding in wolf’s clothing. The people who perish do so because they do not understand how to control this simple disease: Their lack of knowledge kills them. Unfortunately, drug treatment cannot prevent these deaths: This condition is not, and most probably never will be, susceptible to drug control, and reversal by gene repair is still in the far future.

You must question why I know how to reverse dementia when other medical authorities fail to provide reversal? I know because I have what they lack, a combination of both Alzheimer’s and Parkinson’s diseases, a not unusual combination. Before I recovered from them, my dementia was severe; I suffered speech, planning, thinking, and memory disruption. So, to answer your question, I know this condition because I suffer from dementia.

My forty years as a consultant allergist and immunologist taught me how to manage dementia in patients referred to me and, ultimately, in myself. I thank God that I reversed this disrupting disease and recovered these wonderful gifts.

In my Retaining the Mind Series of books, Escape From Dementia and Freedom And Independence, I help you understand and control dementia. Once you control dementia and your mental acuity returns, you should regain and maintain what dementia stole from you, freedom and independence. Further, my books provide the many little facts that deepen your understanding of many illnesses. By repetition of critical information, they help lock my information into your memory so you can use it for years. Having my books in your bookcase also enables you to refresh your memory. You will always need this information; dementia has been with us since our ancestors crawled out of the sea.

My recovery from dementia delights me, and I want everyone to know that my path to recovery is open to all. This brain-destroying disaster is reversible; I will show you how to do it.