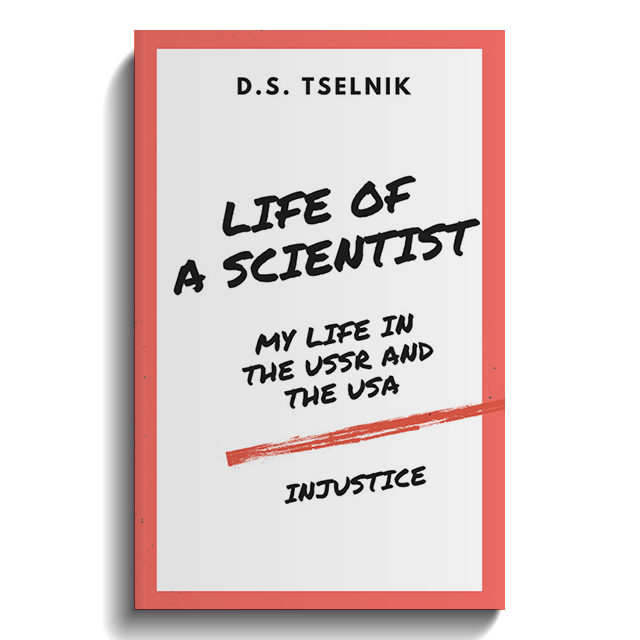 Life of a Scientist

My Life in the USSR and the USA. Injustice

Dr. David Tselnik, a Jew, was born and raised in the USSR. He finished high school in 1953, when antisemitism in that country was at its peak. Discrimination against Jews regarding being admitted to Institutions of Higher Education and finding employment was a fact of life.

After high school, David’s first two attempts to get admitted to an Institution of Higher Education, one of them to study Mathematics, were unsuccessful. In both cases, there was no reason to be rejected, only that David was a Jew.

Eventually, he was admitted to study Naval Architecture (Shipbuilding). He felt, however, that he wanted to study Mathematics, on a professional level, with a view to later use mathematics in solving problems of the Natural Sciences and Engineering.

Studying engineering and then working as an engineer, he simultaneously was studying mathematics on his own. It took him eight years of self-studies to acquire broad and deep knowledge in the field of mathematics.

Both in the USSR and the USA, as a Scientist, he has done the maximum he could. His professional life, however, was far from smooth.
This electronic book, about Dr. Tselnik’s education and professional life, is intended for the general reader.