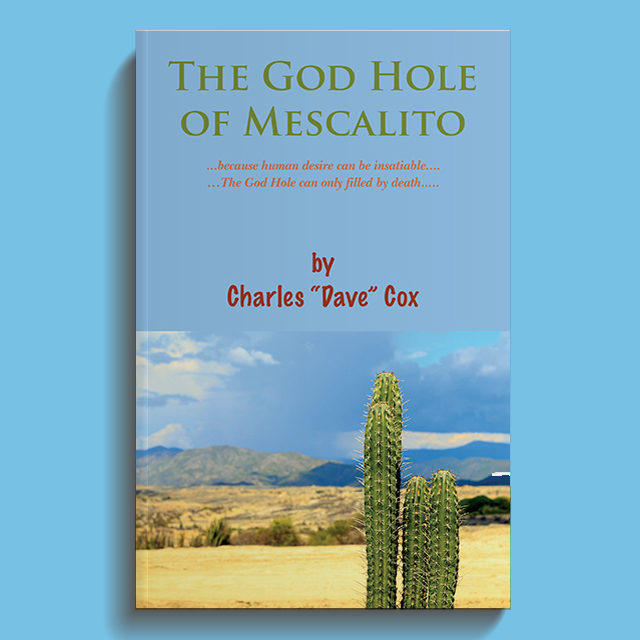 The God Hole of Mescalito

The first part of the book takes place 1875-1925 in Texas. A man lost in the desert finds his “spirit animal”, a deer that guides him to an oasis where he learns how to survive. His deer introduces him to the cactus, peyote. The man has renamed himself Adam, like a new man reborn. He has peyote infused visions that unknown to him predict his future and the future of his family. He leaves his oasis to find his place in the real world. He crosses the desert where he finds the woman of his visions. Her name is Eva. She is a Mexican laborers daughter. They marry and raise a family with all that entails, the good and the bad. Several of their children die in infancy while one becomes a famous border killer, others farmers and one a railroad man. The railroad minded son marries an Apache captive and they move to Ft. Worth where they establish the Texas family name of Bridgewater that survives to this day. Eva dies and Adam now alone returns to his desert oasis to live out the rest of his days. His last encounter on this earth is with a large, hungry bear. This ends Part 1 of the story.

Part 2 of the story takes place between 1950-2015. The story applies the Ten Commandments of the Bible to lives of ordinary members of the Bridgewater family via eleven short stories. The reason that there are eleven instead of ten separate stories is that a member of the Bridgewater family, Herbert has without knowing it created an eleventh commandment as a guide for his family and any others that will listen.