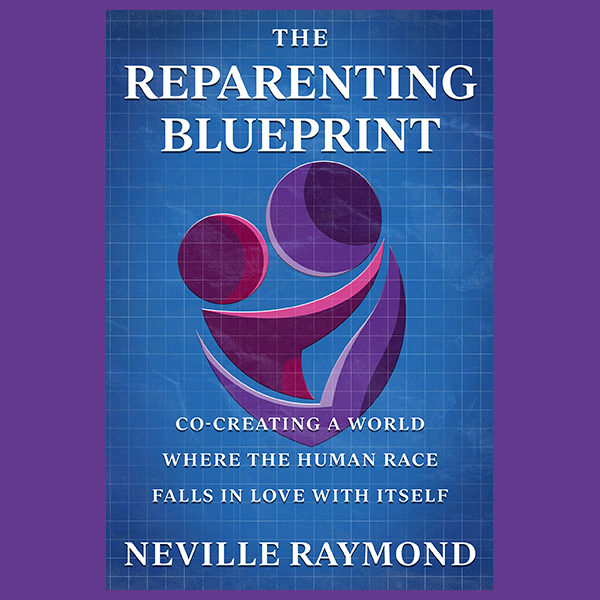 World peace. Utopia. Paradise on earth. Think of the world in these terms and you’re laughed at as an idealist, a dreamer. Maybe it’s time for us to have the last laugh. Maybe this ideal is not a dream at all but a living reality within our grasp. We’ve just going about it the wrong way. We’ve been focusing on changing the world by appealing to those with a love of power, when we should be turning to our fellow humans to mobilize the power of love.

If your childhood was wracked with abuse, would it be surprising if you grew up to be a career criminal? If the childhood of our species were wracked with catastrophic violence, wouldn’t it explain why history is a dossier of crimes against humanity? Ancient calamities encoded in myth and legend, geology and archeology left a doomsday imprint on humankind. To erase it will take a dispensation of love. We need havens of reparenting to break the cycle of intergenerational abuse. And we need reparenting havens to break the cycle of cosmic violence enshrined in our legal system and penal system, our police force and armed forces..

This is the gist of The Reparenting Blueprint. For ages we’ve been organized to compete and fight. We’re only now learning to globalize a culture of love and mutual aid. We think our greatest accomplishment is conquering space – not creating a safe space for love to conquer all. We imagine our highest goal is building billion-dollar corporations – not billion-people cooperatives. The best part is we don’t rely on traditional power structures to heed the clarion call to reorganize our priorities. We draw on inborn instincts for altruism and compassion. The Reparenting Blueprint distills the idealism of the 60s, workshop techniques from the 70s and 80’s for fostering empathy, trust and forgiveness, and our demonstrable ability to model for each other the Good Parents we were born to have, and packages them into an easy-to-follow formula for releasing emotional detritus from the past and laying the groundwork for a love-centric future.

If that was all this book offered, it would be worth the admission price. But it goes on to offer a roadmap for understanding how by transforming ourselves, we transform the world. Rallies, marches, demonstrations have never really cut it. It’s not that brotherhood man is an impractical idea. It’s that the idea of humanity as an armed camp is so much more useful and advantageous to the powers that be. As a unified, loving species, we could have everything we have ever dreamed of having. For the powers that be, it would mean the kiss of death, as it would melt the barriers of privilege and wealth that set them apart from the rest of mankind. In a world bristling with hostility, the received wisdom is to build bigger, smarter bombs. The premise of this book is that we ourselves are ticking time bombs that need to be defused. The solution is not to upgrade nuclear silos. It is to co-create reparenting sanctuaries which function as bomb disposal sites for releasing our pain without harming ourselves or anyone else.

The repressive hand and oppressive foot is not primarily there to keep us down, but to keep love from lifting us up to where we belong. To overcome the deep state we deepen our emotional connections with each other. We don’t need to get their attention. We just need to get our attention. We don’t need to speak truth to power. We need to speak truth to each other. We don’t need to voice our opposition to evil. We need to give voice to the good in us. In the end, it’s not about changing the minds of the psychopaths that rule over us, but of coming together to get in touch with the changeless verities of our hearts and minds.
There is the world of brute power and blind greed that is created for us. And there is the world of peace and brotherhood we create for ourselves.Never let it be said we don’t know how to get from one to the other. This book shows us the way.

Previous ProjectJourneys in Buddha Land
Next ProjectWithout Me, Without You