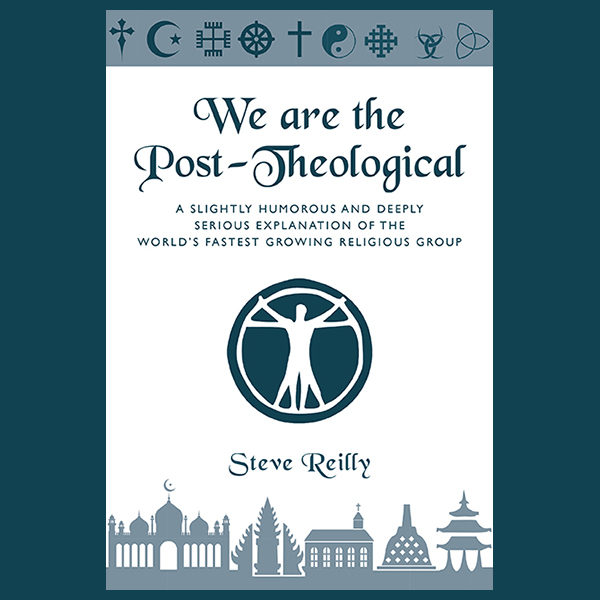 After a millennium of checkered existence, religion as we know it is finally running out of gas … thank god. Today, the number of people who affiliate themselves with a specific religious denomination is declining across the globe. This group is consists of people of all races, genders, religions, nationalities or economic status. People are realizing that the simple answers provided by their Iron Age beliefs no longer adequately address the more complex questions raised by our expanding knowledge of the universe. Wikipedia mistakenly refers to this group as Irreligion or the “nones” while Pew Research calls them the Unaffiliated for lack of a better word. Compounding the confusion, the media struggles to define this growing horde as evident by their tendency to lump them into the same pigeon-hole as atheists (which they would find abhorrent) and agnostics (which they are definitely not). The phrase “spiritual but not religious” has been drained of any relevance due to the masses inability to articulate any basic beliefs or orthodoxy. The purpose of this book is to give name to the growing numbers who no longer believe in organized religion but retain a deep faith in a divine purpose. The term for this spirituality without religion is “Post-Theological.” Post-Theological faith is the unshakeable belief in a unifying extra-universal spirituality or force that is the source of all (call it god, if you must). Critical to Post-Theological faith is understanding that this astral force is extra-universal, meaning that he/she/it exists outside of our observable, quantifiable universe and therefore beyond human ability to comprehend. This makes any attempt to describe or define it useless – even to argue whether it exists or not is pointless, let alone think we can know which day of the week it wants us to go to church.

“This book is a wonderful read. Reilly deals with the serious topic of religion through the ages and the problem of dogma with a refreshing dose of both wit and sarcasm. For all those who are looking for an alternative to organized religion and authoritarian dogma but nonetheless believe in a higher power, We Are the Post-Theological offers an inspiring roadmap for the future.” C Heidelberg, Seattle

“This book is more than timely. It skewers the existing religious establishment while providing a new home for the religiously unaffiliated. It is a book that everyone who questions their religion should read.” J Khatri, Mumbai

“I had no idea that I was Post-Theological until I read Steve’s book. “Spiritual but not religious” doesn’t really communicate my true beliefs but this book helped me clarify them. I now feel like part of a larger community with common shared beliefs and sense of belonging. Enlightening!” M Green, Sydney

“Written with agility, strengthened with testimonials and real-life experiences, Steve Reilly brings our feet back on earth while keeping our head in the sky. With spirituality (and sometimes sarcasm), he questions clergies, interpreters of the Book(s), faith manipulators and deciphers how dogmas and their mechanisms do shackle minds and free will with their paradoxes. Steve embarks us on a journey towards a clearer mind and little more wisdom, and yes, for the Free Man, the Theological milestone is behind. A must read!” A Nessali, Lyon

Previous ProjectBurying the Dead, and Others
Next ProjectWhere Bluebirds Fly: Inside the World of Roger Tory Peterson and Virginia Marie Peterson