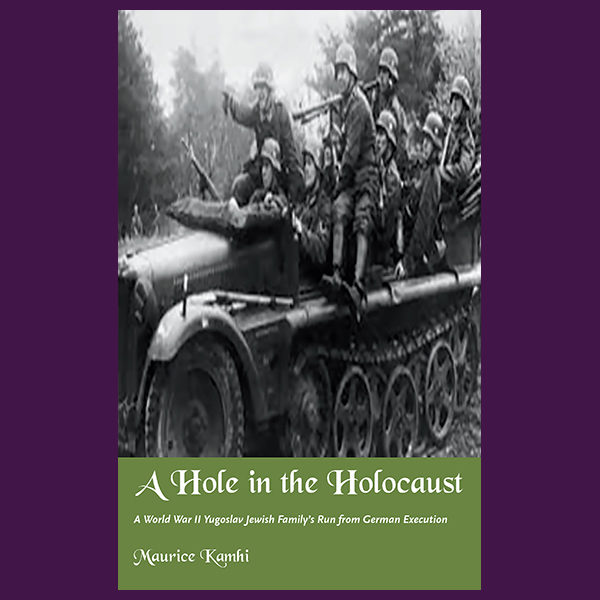 A Hole in the Holocaust

In Sarajevo, Bosnia, a bombardment shatters the peace and joy of a family as the Germans invade, institute harsh punishing measures and begin sending people to concentration camps. A ten-year-old boy, his mother, grandmother, and two uncles smuggle themselves to an area occupied by the Italians, where they are interned on an island, waiting for the day the Germans will come and send them to a concentration camp. Internees struggle for survival on the island and there are adventures. When the Italians switch sides, the Germans begin occupying territory the Italians were holding and, as the Germans are approaching, the family desperately tries to get passage on an Italian military barque, carrying Italian troops to Italy. Their life and death experiences as they struggle to survive make up the tale of what people can do to people.