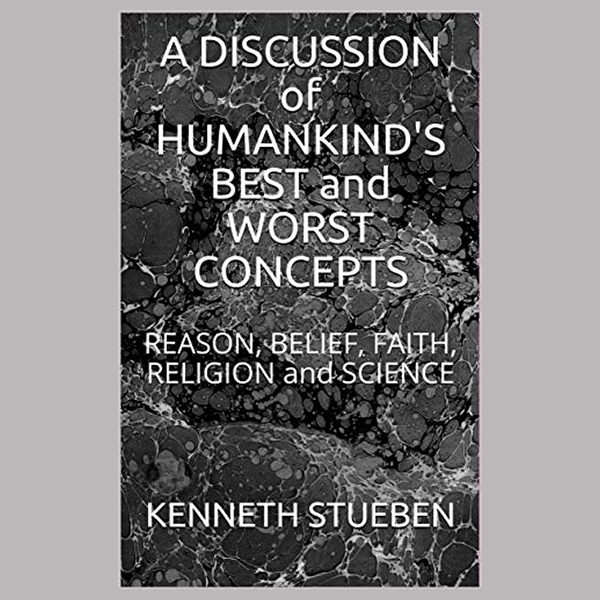 A Discussion of Humankind’s Best and Worst Concepts

This book covers how each and everyone of us comes to believe what makes up our store of knowledge – what’s real or true and what’s not and why the difference is critically important to mankind. It progresses from mythological creation myths, superstitions, to “New Age” beliefs, to a summary of the countless gods of the past and then examines some of the religions that are common today. The beliefs that under-lie these religions are covered and much of that content will surprise some. Topics covered in that progression include Communicating with the dead, No touch knockdowns and so-called Faith healers, many of which are illustrated by links to videos. The importance of critical thinking and the lack of it in many of these areas leads to problems that are harmful, to put it mildly. Heavy emphasis is placed on reviewing the variety of religions and their distribution around the world. The text contains a rich library of links to more material. We then move on to discuss some of the Holy books including the Bible, Prayer and Miracles, Marriage, Abortion, Contraception and Homosexuality. Other topics include why people are increasingly abandoning religions, the separation of Church and State and we address the question – Is America a Christian Nation?
The benefits and downsides of religion are discussed and that leads to another question – Would the World be Better without Religion?
Heading toward the end purpose of this book, namely what are Humankind’s Best and Worst Concepts we ask – Are Science and Religion Compatible or in conflict? and there we cover Evolution, the Origin of Life and the Universe, some of the notable accomplishments of science and end with an almost inescapable conclusion.

Previous ProjectMacrobiotic Nutrition
Next ProjectA Hole in the Holocaust