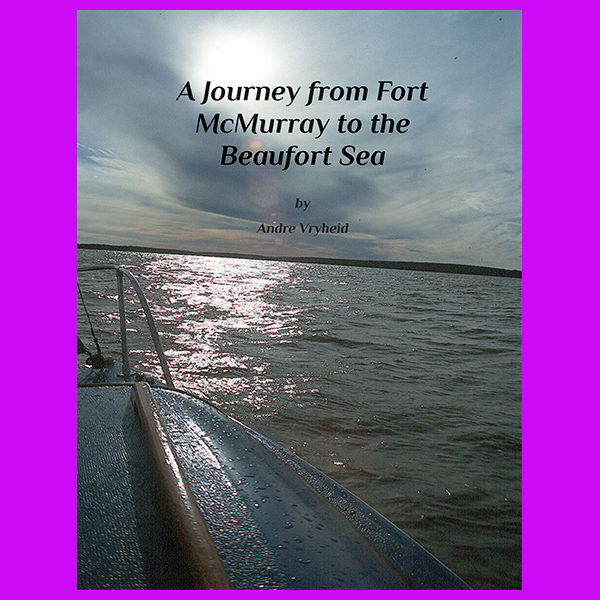 A Journey from Fort McMurray to the Beaufort Sea

In the summer of 2001, a friend and I took a journey from Fort McMurray in Alberta, Canada with the goal of reaching Inuvik in the North West Territories. We would traverse the 2,700 kilometres (1,700 miles) in a 17 foot sailboat. To accomplish our goal we sailed the Clearwater River to the Athabasca River, across Athabasca Lake, along Riviere Des Rochers into the Slave River, across Great Slave Lake and down the huge Mackenzie River.
Northern Alberta and the Northwest Territories are some of the most unspoiled and unpopulated areas in the world. The entire 3,426,320 km2 (1,323,000 square miles) of the Northwest Territories has only 40,000 people of which 15,000 live in Yellowknife. As we travelled down one of the busiest areas of the Northwest Territories, the Mackenzie River we seldom saw other people on the ‘highway of the North’.
I am not a historian or an accomplished researcher. The information in this book was obtained from a variety of sources both written and verbal, some reliable and some not. We were just ordinary people, not experienced adventurers, embarking on the trip with no river experience, a shoestring budget and lots to learn. This was a trip that anybody could do. It would be a resource for those that would like to attempt the trip themselves.
My journey has given me a much stronger understanding and interest of the rich history of the Canadian north. During the trip I would write in my journal each morning. The book is an account of the places we saw, the people we met, and the adventures we had.