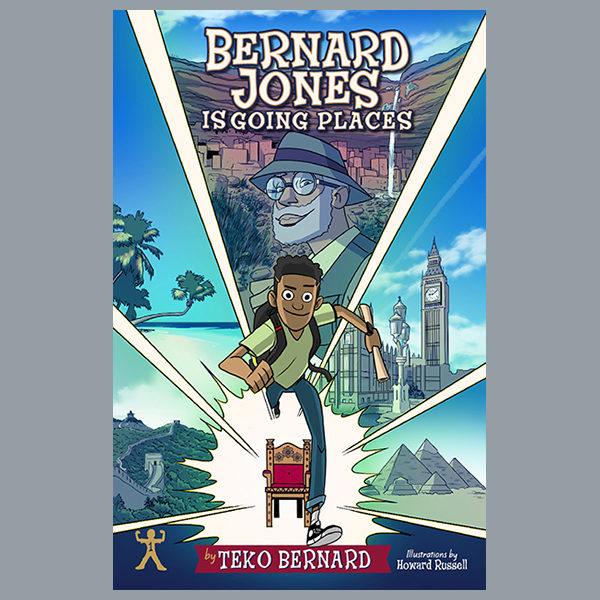 BERNARD JONES IS GOING PLACES, is a fun fast-paced, action-packed middle-grade chapter book that follows the adventure of Bernard Jones, a brave yet sheltered small-town boy who dreams of traveling the world like his grandfather, a famous globetrotting photographer, and relic-hunter. That dream suddenly becomes a reality when he accidentally receives a magical ancient relic from his grandfather, for his twelfth birthday. Once the prized possession of 14th-century Mali king, Mansa Musa, the relic has the power to teleport Bernard to any place in the world. Bernard has a blast using the relic to visit cool places but is ultimately transported into a dangerous mission to save his grandfather from a trio of ruthless thieves called the Mansa Musa Gang, who are after the magic relic. Bernard must be courageous, responsible, and creative to save his grandfather, keep the ancient relic safe, and get back home before his overprotective parents find out.