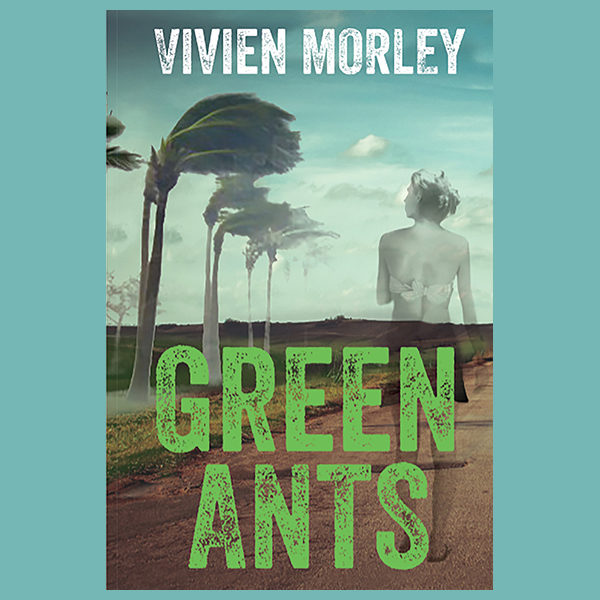 Green Ants is the story of a young married woman in her twenties who becomes caught up in the rigours of fitting into her new environment as a serviceman’s wife living in the tropics for a short period of time in the seventies. Everything would be okay for Ellie except that she has had a premonition that something awful would happen to her or her family in the time she was meant to be there. Green Ants follows Ellie through this period, her meeting new friends from all walks of life, her fears, some legitimate but mostly unfounded, how this impacts on her own health and how she struggles to cope with it. Ellie befriends two other women whose lives intertwine with hers and she has to deal with wife bashing, wife swapping, alcoholism and her own eventual down hill spiral with drug dependency and neuroses, the latter brought about by her earlier premonition. Green Ants takes you through a period in Australian history when women still took second place in society. Whilst their voice for the most part was unheard because they placed themselves secondary to their partners, underneath they were subliminally manoeuvering the men in their lives to do and achieve what they themselves desired. Green Ants is a story of love, betrayal, drug dependency, suicide and murder but foremost it is a story of families all fighting for survival in an environment that seems determined to damage them. In the end Ellie is vindicated and issues are resolved but not before terrible things have happened to her and her friends.

Previous ProjectAll Good Things Come To An End
Next ProjectPoetry for My Journey to Self Love, My Blackness, My Family, My Exboyfriends, F*** Buddies, Exfriends & All in My Life I Cried About