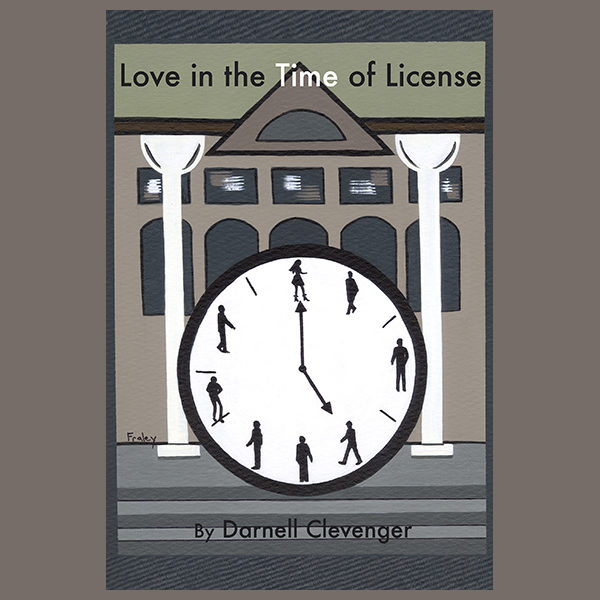 Love in the Time of License

This novel of the absurd develops the story of a romance set in the technological age, but a romance that cannot escape its all-too-human roots, biblical or Darwinian. During his freshman year in college Donjon meets Eve in the Student Union. She is beautiful, intelligent, and independent. He falls…for her. She for him? They begin dating. Donjon also meets two male students from Eve’s hometown, boys who have dated her in the past and have a great deal to say about her personal life and ambitions. Eve, on the other hand, becomes friends with a longtime champion of Donjon’s, a local troublemaker called the Dog Man, an independent , sarcastic loner who lives in a hovel outside of town with his pack of dogs and is considered a local nuisance. Through Eve, Donjon meets Ron and Reno (brothers and combatants since conception), one of whom will befriend him and become his savior, one of whom will become his nemesis, a threat to his very existence, but a man Eve worships.

Previous ProjectPeregrine's Island
Next ProjectTattoos, Barracuda Teeth, & a Lady Who Talked to Worms