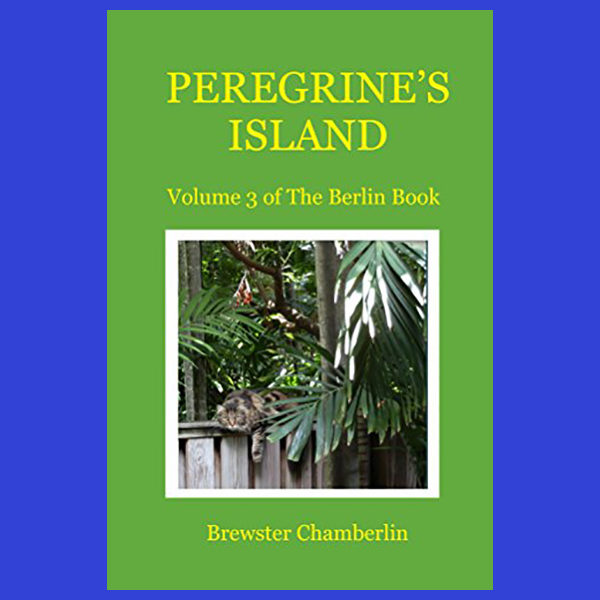 Volume 3 of The Berlin Book

Peregrine’s Island is the third volume in the four volume series The Berlin Book. This volume follows the career of the German-American writer, John Schade, the main character of volume one, Schade’s Passage. He returns to the USA after his tour of duty in Berlin as a cultural affairs officer in the American sector with a pile of notes for a novel about the exile experience of anti-Nazi Germans including his own family. Disappointed with the sales of and lack of royalties from the book, he moves to Key West at the southeastern end of the Florida Keys in 1947 to live cheaply and write a second novel. On the island he meets new friends including Perri who becomes his lover, the photo journalist Francesca, the part time hooker Silver, the blind newsbringer Anselmo, the writer Samuel Mithman (who appears briefly in volumes one & two), and the Jewish German now American sailor Franz Friedmann who becomes a close friend but leaves to join the nascent Israeli navy in the war between the new Jewish state and its Arab neighbors. Matters involving Berlin catch up with Schade throughout the book: His former cultural affairs colleague in that city, William Makepeace, visits to urge him to return to Berlin and write about the Soviet blockade of the western sectors; characters he knew in the city write him giving news of the situation there; and representatives of Israel visit to convince him to talk to gentiles in Miami in an effort to raise money to fund hospitals and support the war effort. The torrid tropical atmosphere of the island leads to all sorts of sensual and sexual experiences for the characters. In the end, Schade finishes the novel and is once again drawn back to the ruptured former capital of Germany, the narrative of which will be contained in volume four, Ursula’s Triumph.