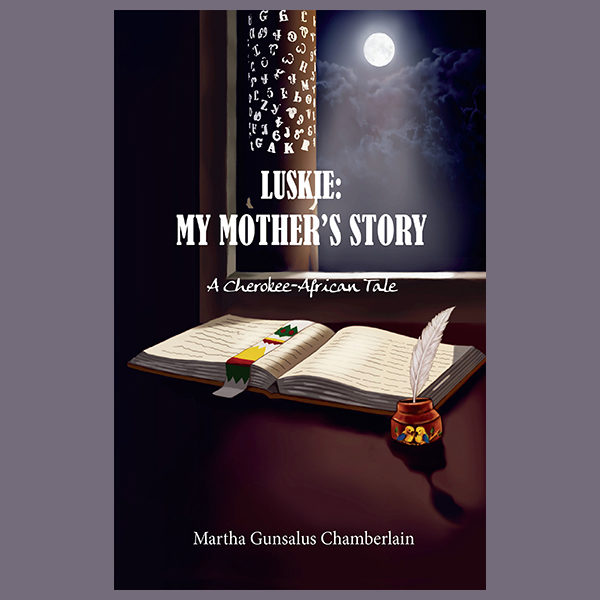 The story of the hunt always glorifies the hunter … until the lioness tells her story. Affirming this African proverb, Luskie, the son of an enslaved African father and Cherokee mother, relates his mother Madaya’s story, from the Trail of Tears at age four to the “Darkening Land” in her eighties. Her tale morphs from tragedy into one of triumph and miracle, a love story of epic significance. Treasuring her satchel of relics, her writing in journals and telling her story, Madaya tells us history that most students never hear, such as the attempted “removal of all that is Indian” in forced education by the Bureau of Indian Affairs; kidnapping and torture of enslaved Africans before and after they reach North Carolina; her traumatic sudden loss of hearing and death of her lover in battle; forbidden sex and extraordinary discoveries.Hearing those stories spanning 18th-19th centuries, Luskie learns: It’s the Story that is sacred, that never ends, that connects link after link from the beginning of time to you, the reader, and those not yet born. Perspectives of both enslaved Africans living among Moravians, and Cherokee, including Chief Junaluska in North Carolina, this account, although fiction, is wrapped in verifiable history. History, we remember, is not what happened. History is WHO tells the story. Now, it’s up to us to continue—or rather alter its trajectory, lest we perish like the endangered species we are. Therein lies the hope we need.

Previous ProjectWhat's It All About
Next ProjectGoing West: Life and Times in Postwar Germany - and Beyond