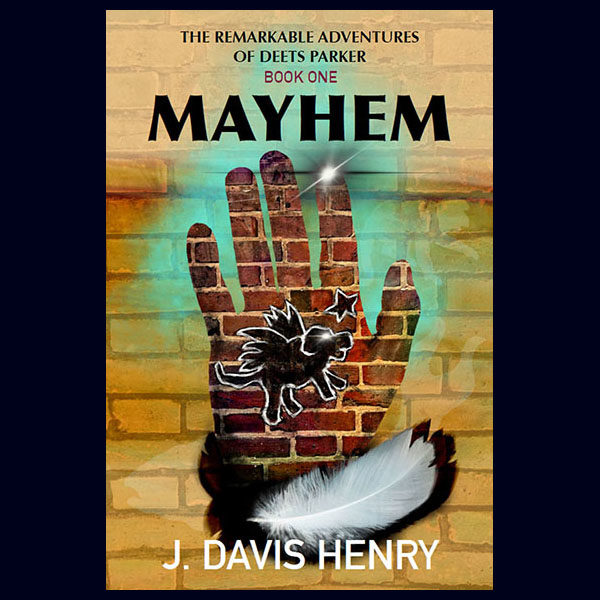 Deets Parker, a young artist coming of age during the ‘60s in Greenwich Village, sees two figures disappear in a tumultuous lightning storm broiling in the deepest recesses of that alley. Could they be monsters, not men?

Deets’ life is fast becoming a deluge of inexplicable occurrences and disorienting coincidences.

Not that his days and nights aren’t already in constant turmoil. He’s feverishly preparing for his first one-person art show. A number of encounters with FBI agents investigating anti-war activities are unsettling him. And, most painfully, the free love atmosphere of the times is damaging his one meaningful romance. Trying to deal with the mayhem is wearing him to a frazzle.

A Parker family Thanksgiving during the Vietnam War; finding common cause with a determined ghost; knifed by a lunatic lover; a shadow’s advice; trailing murderers on a dark forest path—all these experiences are just partial glimpses into The Remarkable Adventures of Deets Parker as his world turns into an unfathomable puzzle.

Deets’ story of mystic happenings, drug use, and personal growths and failures takes place amidst his sexual awakenings and confusions, expressed in explicit language.

Book One of a three-book continuous story.
Adult Content.