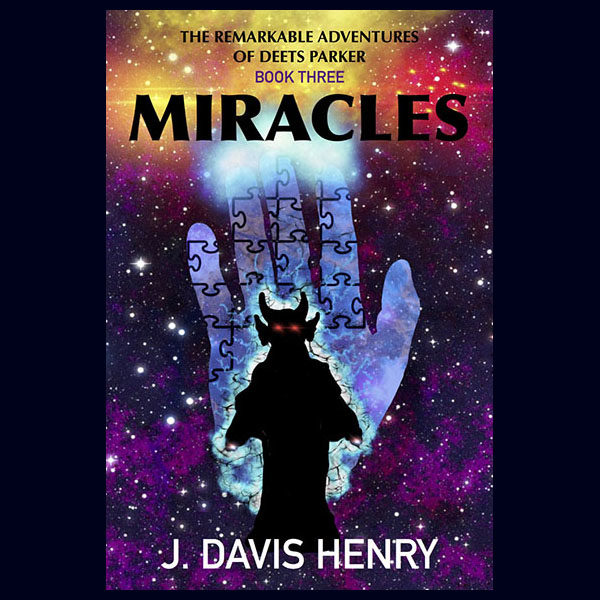 There are reasons for the madness and chaos of Deets Parker’s life.

Unable to cope with the stresses of New York City after living in the pristine pasture of Monster Valley, Deets Parker is placed in the psychiatric ward of Bellevue Hospital. After a violent escape, as he flees across the country, he discovers his right hand is capable of great magic. The reasons why his life has been hijacked by the gods are finally revealed to him. But there are overwhelming threats and dangers to battle as his power is realized.
Continuing to self-destruct in his love life, his romantic failures help shape the path to unraveling the gods’ paradoxical quest. A quest only he can fulfill.

The Remarkable Adventures of Deets Parker inspire him to create great works of art and introduce him to mysteries no other mortal has known. Are they worth the price he’s paid?

Deets’ story of mystic happenings, drug use, and personal triumphs and mishaps takes place amidst his sexual awakenings and confusions, expressed in explicit language.