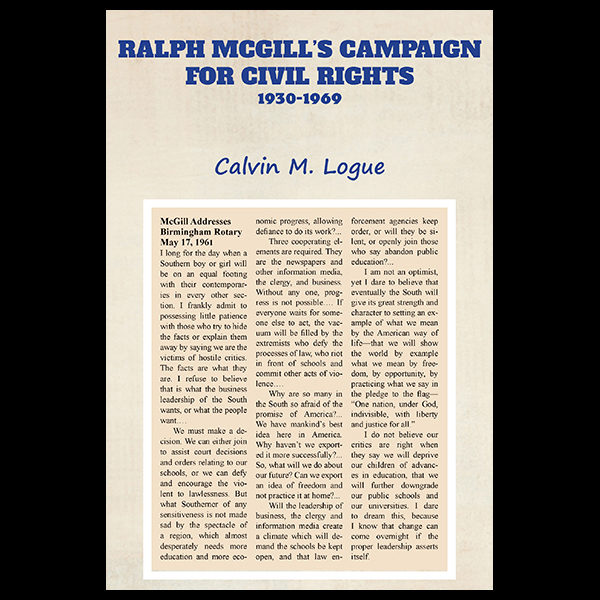 From 1930 to 1969, Ralph McGill wrote and spoke for equal rights for African Americans in the Deep South. While his persuasive strategy shifted from one of equal-if-separate to full citizenship, his guiding principle remained steadfast, liberty for all. McGill received the Pulitzer Prize, 1958. The Ku Klux Klan protested outside his office at the ATLANTA CONSTITUTION.

Previous ProjectHow To Start Your Own Advertising Business With Restaurant Placemats & Take-Out Menus
Next ProjectPhysically In, Mentally Out