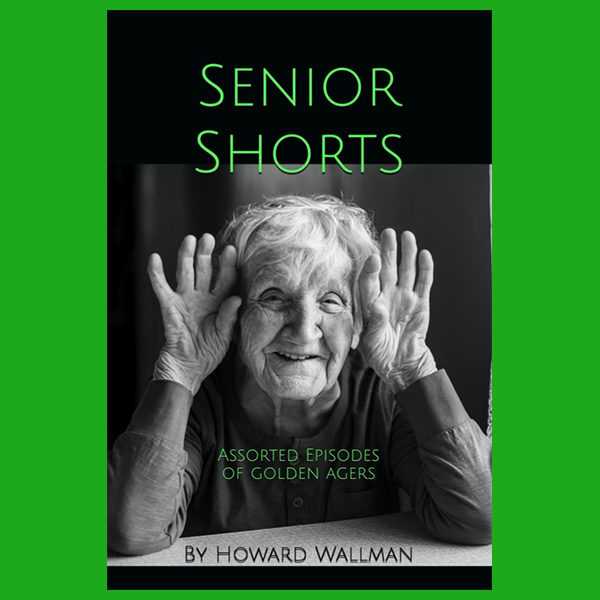 An old hiker precariously relieves himself from the edge of a cliff. A retired schoolteacher frets about being knocked to the curb after forty years of service. An ex Go-Kart driver dangerously maneuvers her electric shopping cart in Costco. A horny gay guy adjusts to millennial nightlife. Grandparents of confused children-of-divorce nurture the kids. Other couples bicker, make love or both. There are even old dogs. Some of these folks mellow with age and grow old gracefully, while others sour and become more cantankerous. Some are quite funny and others nearly tragic. But regardless of race, religion, geography, marital or economic status…these seniors share common issues such as fraying nerves, declining health, evolving sexuality, baffling retirement, shifting roles, changing identities, and challenging finances. As the actuarial tables push life expectancy closer to one hundred, who knows what to expect? Best to read these episodes in the order presented because surprisingly, they’re only one degree of separation from each other! Go slowly. Hopefully you’ve got time.

Some of the people you’ll meet: Thelma Shimmel — “…The cat actually adored warm milk a whole lot more than she seemed to fancy Thelma. The two of them hadn’t been on speaking terms for weeks, ever since the grooming incident with the wire cutters.” Salvador Mesatti — “…It took him over sixty years, but he has finally become invisible.” Herb Elron — “…a splinter of wood on the fine grain of life, ready to be sanded off into sawdust. [His] illness and retirement thing seems like it will probably bring on a rudderless geriatric decline that will slowly march him to the grave…” Marcia Cohen — “…The right word sits stubbornly at the center of [her] sluggish old brain. It teases her from behind the fog creeping around the folds of time. ” Martin Evandler — “…The fingers of his bruised hand release and accept the life that is returning to them.” Ben Merriman — “…And damn-it if he wasn’t going to stand on his fucking head well into his seventies if he so chooses.” Barbara and Kurt Eisenman — “…After fifty years, they are now officially rooted on their own planet. [Their grown son] is their orbital moonchild, trying as always not to get lost in the inheritance of their gravitational pull.” Duncan Williamson — “…The thing with Jenny was years ago…only one or two nights, and she had all her teeth back then….”

Previous ProjectModern Medicine: Getting Better or Bitter? Reflections of a Clinician
Next ProjectThe Archer's Hand