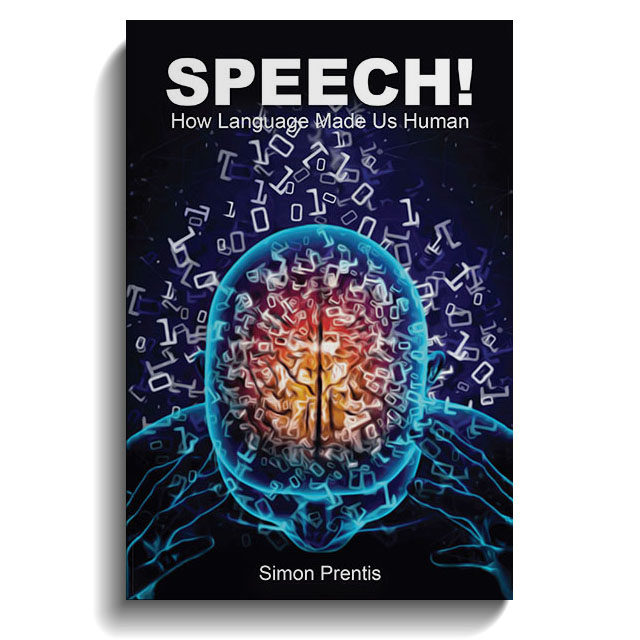 How Language Made Us Human

“I couldn’t stop reading until I had finished it. This book should be widely read.” James Lovelock

What makes us human? Why are we the only animals who wear clothes, drive cars, trawl the internet, and fly helicopters on Mars? It’s all because we’ve learnt to talk: yet remarkably, we still don’t know how we did it. SPEECH! suggests an answer that’s been hiding in plain sight – the simple yet radical shift that turned our analog grunts and shrieks into words. But its consequences are far from simple: being able to share ideas through language was an evolutionary tipping point – it allowed us to link up our minds. SPEECH! traces our roller-coaster ride with language from hunter-gatherer to urban hipster: the epic tale of the struggle for knowledge against the false gods of culture, religion and identity – as we teeter toward a destination we may still resist, but ultimately cannot escape.

About the author: Simon Prentis has spent a lifetime working with other cultures and languages in over fifty countries. A veteran translator and interpreter of Japanese, his clients have ranged from national and academic institutions to international icons like Paul McCartney, Stanley Kubrick, Frank Zappa and Yoko Ono. A graduate of Oxford University and a member of the Institute of Translation and Interpreting since 1990, he has worked extensively with the broadcast media, given expert testimony in high-profile intellectual property disputes, translated four books and reams of technical documents, and presented papers on translation and interpreting at international conferences. This is his first book.

“Crisp and clear – I agree with your hypothesis.” Desmond Morris

“I look forward to reading it.” Sir David Attenborough

“If you liked Sapiens, you’re going to love this.” – Jee Mandayo