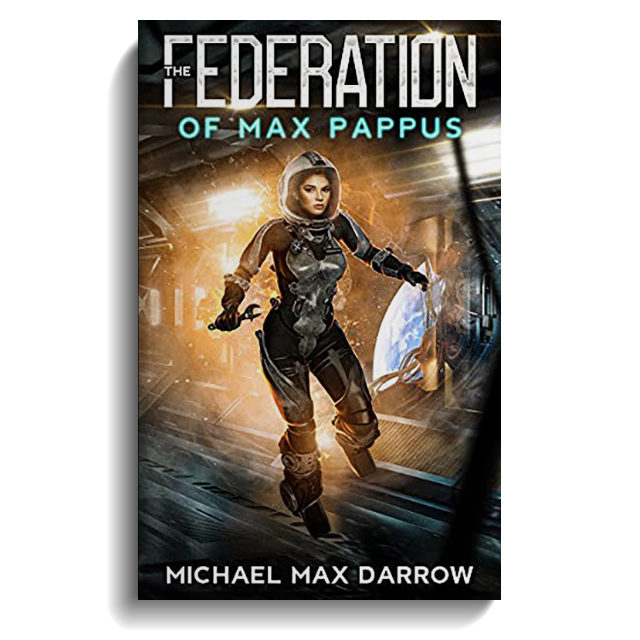 The Federation of Max Pappus

23rd Century Petty Officer Third Class Mara Pappus is in trouble – and she knows it. After locking herself in a tool room when the Science Vessel Vitus is attacked suddenly by an unknown vessel with advanced weaponry, she hears knocking SOS signals coming from somewhere on the ship and knows she will have to don an EVA suit and go look for other survivors. She learns she is in a race for time on a dying ship with limited power. She will have to save not only herself but her crew, those that survived the attack.

When Mara’s husband, famed Federation Marshal Max Pappus learns of the attack, he teams up with his old reptilian pal Tee Dek Tahn, now Supreme Commander of his military planet, and together they race to the rescue. But what of the attacking ship? Where did it come from? Did it come from beyond the edge of known and patrolled Federation Space?

Then Space Station Delta is attacked, while all ships are near the edge investigating the attack and looking for another missing ship. The untimely return of the race known as The Rocks only serves to complicate matters as several Tahn and Federation Ships rush back to help Delta Station.

Will the Federation survive this new enemy? Will old foes become new allies?

This adventure picks up six months after the conclusion of The Federation Trilogy.