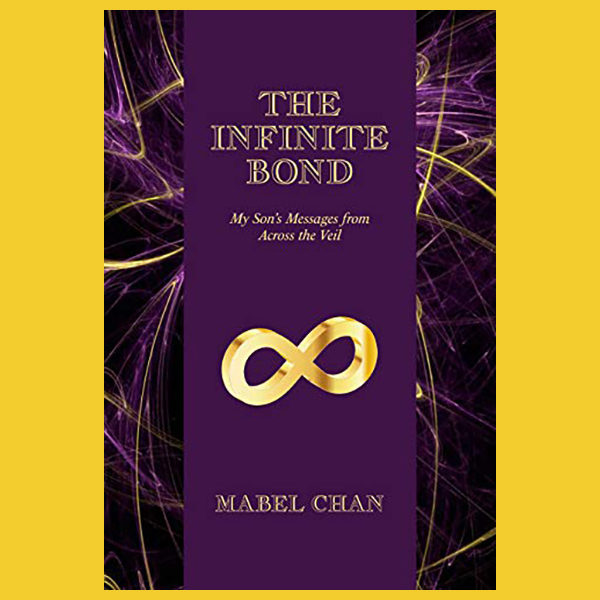 My Son’s Messages from Across the Veil

“Mom, do you know our mother-and-son bond will never be broken?”

When 8-year-old Leo made this announcement, Mabel didn’t give it much thought at the time. Little did she know of the impact it would have on her life.

Eleven years later, Leo contracted bacterial meningitis and died suddenly while away at university. Mabel and her husband CK went into shock after losing their only child so unexpectedly. But almost immediately after his passing, Leo started sending messages confirming he was still with them in spirit, giving them the courage to carry on.

Compiled by his devoted mother, The Infinite Bond is an inspiring collection of Leo’s “signs and synchronicities,” his communications from across the veil. They are living proof that hope can be found in despair, light can be found in darkness, and the love between mother and son is an infinite bond that, indeed, can never be broken.