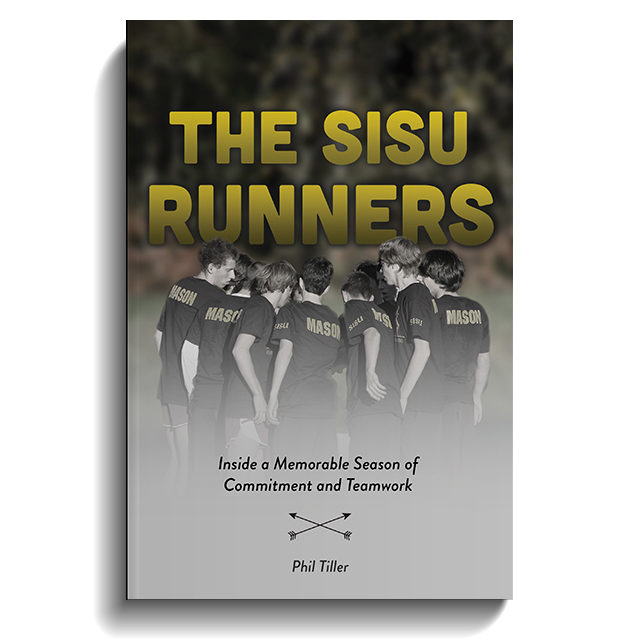 Inside a Memorable Season of Commitment and Teamwork

This is the story of a high school cross country team from Northern Virginia and their young coach. Oakton High School won two state cross country titles in 37 years, one in 1978 and the other in 1998. They had been a team whose successes were short-lived and there had been more valleys than peaks. Coach Tiller joined the coaching staff right out of college in 2001, after suffering a career-altering, and ultimately ending, injury while training as a marathoner. Devastated by this injury Tiller found himself hobbling up to the high school track as a volunteer coach. He could not have known at the time that he had found his calling and passion as a high school cross country and track coach.

The 2005 season began with a senior-heavy ragtag group of runners. The team had pushed for glory over the course of many years and been through countless disappointments and near successes only to find themselves continuously finishing second best. They had trained tirelessly with a dream to win, but more importantly to build their team into a dynasty that could compete year after year for state titles. In a school with a population of just over 2,400 students, a small group of 43 boys signed up to run cross country. The team was not considered in the pre-season state rankings in 2005 or given even an outside chance of winning. In 2004, they had finished a distant 78 points behind their rivals at the state championships.

Rallying around each other after a tragedy, the Oakton Cougars found love, passion and dedication to each other. They suffered injuries, setbacks and sickness throughout the season, but each time one runner fell, another heroically rose to help the team. This is their story.

Previous ProjectWar Bunny: Book 1 in the War Bunny Chronicles
Next ProjectThis Is My Story.... Diary Of A Doctor From East Africa