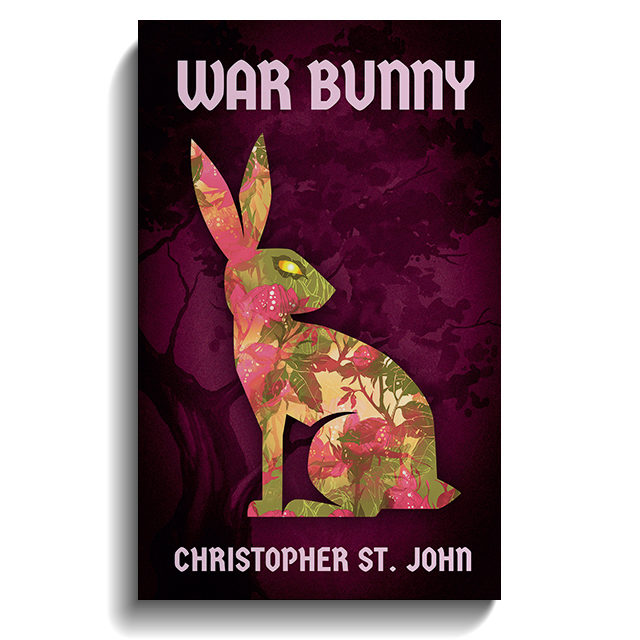 Book 1 in the War Bunny Chronicles

“A rebel rabbit turns the world of predators and prey on its head in this debut fantasy. An entertaining, imaginative post-apocalyptic scenario with special appeal for animal lovers.” -Kirkus Reviews

A young rabbit fights back against a world that assigns her the role of “victim.”

In a post-apocalyptic world where humans are extinct and animals thrive, rabbits believe their god, Yah, has decreed that they must be Glorified by a Blessed One. That means becoming a predator’s meal, accepting their fate in a surrender called the Giving.

But Anastasia, a brown yearling doe living in Bloody Thorn Warren, is different from the other rabbits. She starts asking pointed questions of the warren elders and gets exiled for it.

Without a warren, she’s enormously vulnerable, but she reaches out to others in desperate straits. Soon, she’s leading a group of outcasts in a ferocious battle for survival—and maybe even freedom. It’s a fast-paced story about friendship, honor, love, and coming of age.

A great adventure read for teens and adults! (Fantasy, 13+)

Summerday, Book 2 in the War Bunny Chronicles, will be published in 2022.

Previous ProjectNathrotep
Next ProjectThe Sisu Runners: Inside a Memorable Season of Commitment and Teamwork