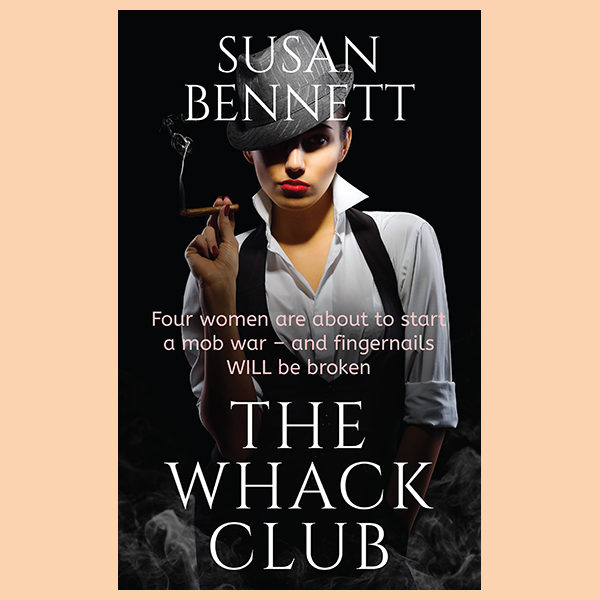 Isabella Albrici’s epiphany begins when her mobster husband, Domenic, frames Isabella and her best friend, Teresa Benedetti, for his diamond smuggling operation. Prime targets for the prison’s resident psychopath, Isabella and Teresa will be lucky to survive jail, even luckier to survive if they get out. Thanks to Domenic, ‘the family’ thinks Isabella is an FBI informant. The big house ain’t no fun house, but for Isabella and Teresa, it’s the safest house there is, until the evidence keeping them there suddenly goes missing.
For years, these mob wives have lived off the wages of sin, now the path to redemption is clear: they gotta whack their old men.
Welcome to the inaugural general meeting of the first chapter of the New Jersey Mob Suffragette’s Whack Club.