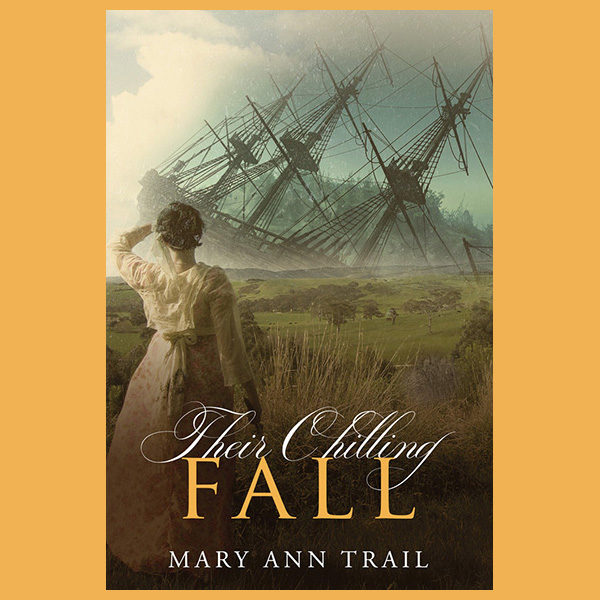 A Historical Mystery of 1804

In Fall 1804, a shipwreck shatters the plans of newlyweds Georgina and Jeffrey Chadwick and deposits them on the shores of Cape Breton with a dead body.

Georgina and Jeffrey Chadwick, head to Boston to start a new life. But travel in 1804 is perilous and the ship on which the Chadwicks are travelling is veered off course in a fierce storm that deposits them on Cape Breton. Among the flotsam left on the beach by the storm, are several dead bodies, one full of knife wounds.

Chadwick had not envisioned spending his first winter with his bride sharing a one room cabin with a box bed, an open fireplace and an outdoor privy. Nor had he imagined himself leading an investigation into a murder. As a former military officer once tasked with spying on Napoleon, he has some investigative skills. But are they enough to find the murderer before he strikes again?

Cape Breton in the fall of 1804, is a colonial frontier lashed by brutal winters. Before Dublin society turned on her, Georgina’s skills included how to dress fashionably and supervise a political dinner for twenty of her father’s cronies, neither of which can help her now. Can she learn enough basic survival skills to help her husband survive the winter, when all she really wants to do is help with the investigation?

Georgina and Jeffrey’s plans have taken a hard left into chaos. Instead of the city they expected, they are in the wilderness of Nova Scotia, instead of preparing for the winter, they are charged with a murder investigation and then there are the orphans. Surely the winter can’t be that long!

Previous ProjectCrisis to Riches
Next ProjectChoose Your Place: Rethinking Home As You Age