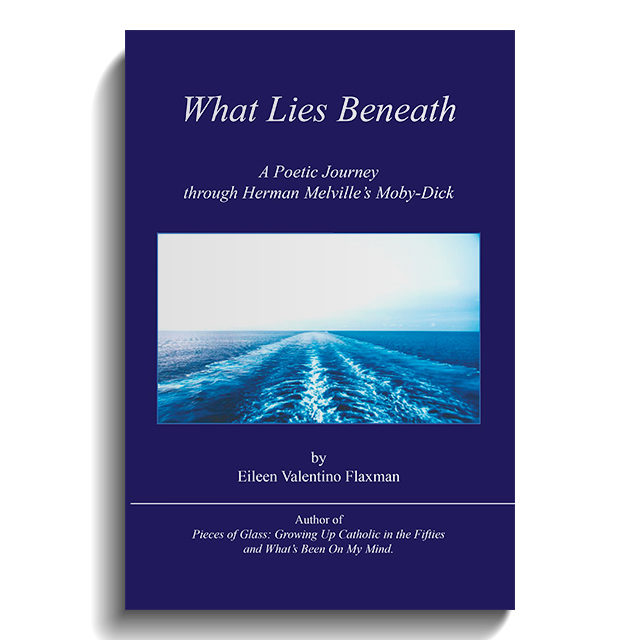 WHAT LIES BENEATH offers a refreshing look into a literary masterpiece that has survived nearly two hundred years and possesses lessons and truths that resonate even today. Ms. Flaxman has written a poem for each of Moby-Dick’s chapters, but does not present them in chronological order. Rather, she focuses on individual characters – Ishmael, Queequeg, Ahab, the ship‘s crew, the open sea, the chase … even the whale itself. While doing so, she gives her own take on Melville’s tale but also on the myriad musings and philosophies that make Moby-Dick so much more than a story about a man and a whale.