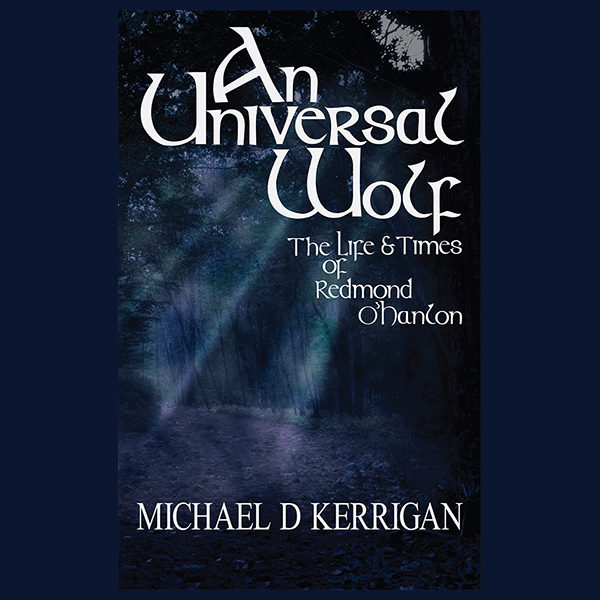 The Life and Times of Redmond O’Hanlon

Throughout history outlaw heroes have served to provide oppressed people with dignity during their subjugation. Swashbuckling, romantic figures, they represented traditional justice as opposed to the self-interest and inequity of the state. Set in 17th Century Ireland, AN UNIVERSAL WOLF is the story of Redmond O’Hanlon—a true-life highwayman who relied more on daring, wit, and cunning than he did on bloodshed to accomplish his goals. He established support and supply systems and organized rival outlaw bands into an army with which to resist the occupational forces of the English.O’Hanlon was known as the Robin Hood of Ulster, for not only did he rob the English and Scottish settlers (or collect the Black Rent to ensure their protection), he also stole rent monies from the wealthy landlords to share with the Irish tenants from whom they had been taken. In turn, the Native Irish supported and protected Redmond and his men from the English soldiers and the squires’ agents who sought their capture. These outlaws, commonly known as tories, held sway over the countryside and successfully thwarted attempts by the English to effectively govern their colony. At the time it was said, “The highways of Ulster were safe only if you were under the protection of Count Redmond O’Hanlon.” AN UNIVERSAL WOLF: The Life & Times of Redmond O’Hanlon is a story based on real people and actual events. Part fact, part legend, the tale is comprised of history, myth, and conjecture. It is an obscure but significant part of Irish history: significant because the struggle between the natives and the settlers that began with the Plantation of Ulster continues still, 400 years later. Traced back to the original Anglo-Norman Invasion of the 12th Century, however, establishes The Troubles as the longest-lived conflict in the history of the world.