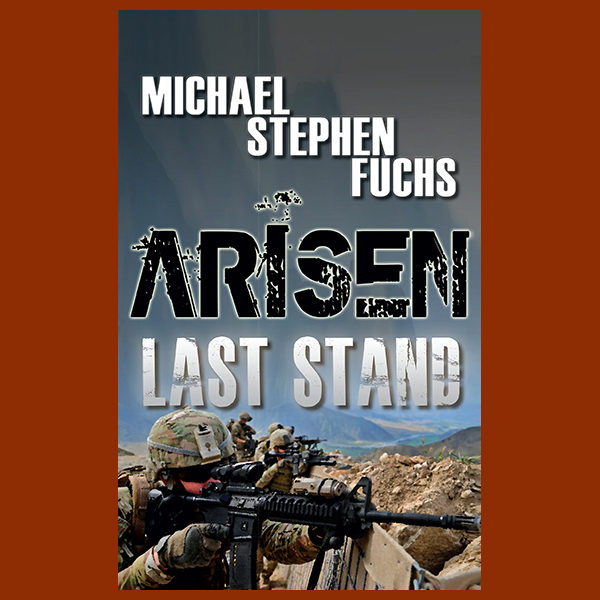 Readers call the ARISEN series: “thoroughly engrossing, taking you on a wild ride through utter devastation” … “Wall to wall adrenaline – edge of your seat unputdownable until the very last page” … “a once in a lifetime experience. Nothing else matches it” … “the most amazing and intense battle scenes you’ve ever experienced” … “rolls along like an out of control freight train” … “They grab you on the first page and kick your ass through the entire series” … “You feel like the explosions are going off beside your head” … “Every time I think it cannot get any better, BAM!” … “Blows World War Z out of the water” … “The Game of Thrones of the Zombie Apocalypse” … “roars out of the gate at 200mph and just keeps going” … “dials the volume to the point of annihilating the sound system” … “The most complex, character-driven series I’ve ever read regardless of genre” … “quite simply, the most exciting and intense series of books I have ever read. Nothing comes close” … “A superb ending to an absolutely mesmerizing and phenomenal series. This was an experience I’ll never forget.”One platoon of Rangers from a legendary regiment.An isolated combat outpost in the Spin Ghar mountains.150 Taliban survivors – armed with Tier-1 weapons…And all the rampaging dead guys in central Asia.B Company, 3rd Bat, 75th Ranger Regiment – a unit that’s fought in every U.S. engagement from D-Day to Black Hawk Down. They are the last American boots on the ground in the entire Syrian civil war… on the last day before the Fall of human civilization. When they are tasked with stopping a unit of Spetsnaz operators from inserting under the chaos, an advanced Russian Navy frigate becomes the last place left on Earth for the Rangers to find refuge. Now, after six months held captive as scavenging mercenaries for Spetsnaz, to earn their freedom they will have to take on the most hazardous shore mission in the entire history of the ZA.Welcome to the Zulu AlphaDevastation. Devotion. Sacrifice. Hope Never Dies.