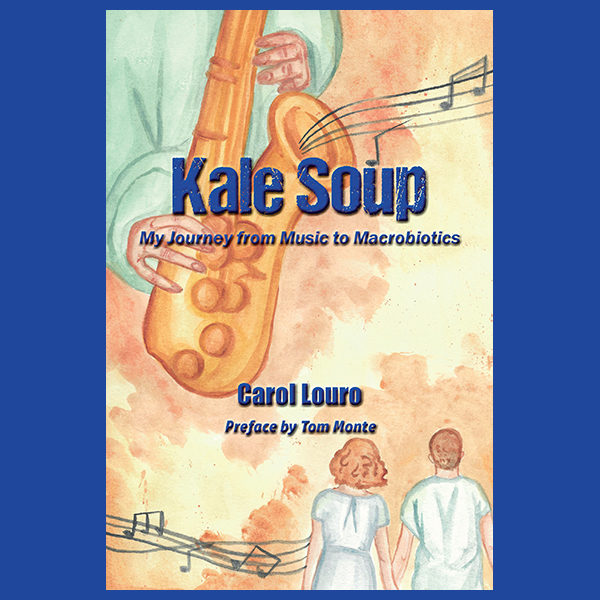 My Journey from Music to Macrobiotics

Two parts memoir, one part recipe book, Carol Louro, macrobiotic teacher of four decades and Aveline Kushi Award recipient, tells her story. It starts with her unique upbringing and the interesting people she meets on the road while traveling with her musician father. Hearing the stories of the people she encounters backstage, she becomes a child fascinated by World War 2 with a hope for world peace.Carrying that dream into adulthood, back home on the Southcoast of Massachusetts, she finds herself on a path to the teachings of Michio Kushi and the world of macrobiotic philosophy, food, and healing. Lighthearted and inspirational, Carol’s story is told with humor, humility, and gratitude, and is sure to entertain readers with her telling of the blunders and blessings she encountered along the way. Part two features some of Carol’s original recipes taught in her cooking classes, as well as some of her favorites by macrobiotic chef and teacher, Wendy Esko. Including contributions from Tom Monte, Lino Stanchich, John David Mann, and more, everyone from novices to those well acquainted with the macrobiotic lifestyle, is sure to learn something new in Carol Louro’s first book.

Previous ProjectGod and Nigerians
Next ProjectModern Medicine: Getting Better or Bitter? Reflections of a Clinician