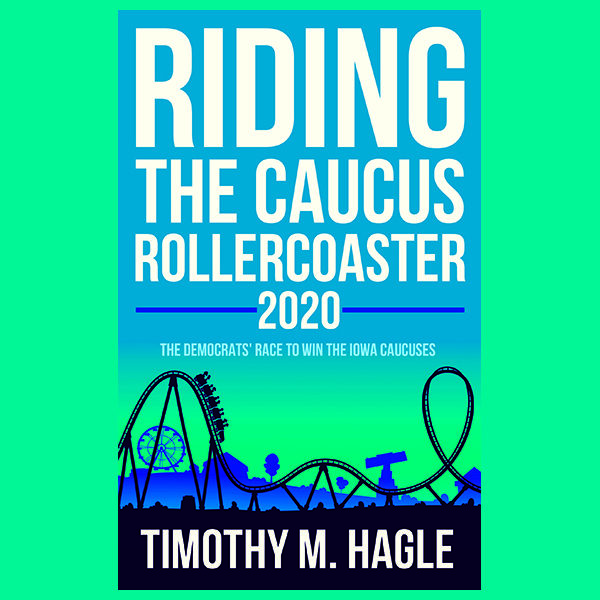 The Iowa Caucuses are a critical and closely watched part of the presidential nomination process. The 2012 Republican Iowa Caucus race was one of the most interesting and turbulent, and, as it turned out, the closest in caucus history. From the early stages of the race in March, 2011, through Caucus Day on January 3, 2012, no less than six candidates held the lead in Iowa or in national polls. The constantly changing dynamics of the race gave it an almost rollercoaster feel as candidates quickly rose and fell in the polls.

In Riding the Caucus Rollercoaster Tim Hagle, a University of Iowa political science professor, examines the events that shaped the ever-changing 2012 caucus race. As a critical observer of the Iowa Caucuses, Hagle provides insight into the factors that affected each candidate’s support among Iowa’s caucus-goers. Each chapter provides Hagle’s analysis of the events that occurred during the prior two or three week period and how those events affected the standing of the candidates. The point-in-time approach of the chapters allows the reader to get a sense of how the campaigns developed and changed from an on-the-ground perspective. Hagle takes us from the early stages when it wasn’t even clear which candidates would enter the GOP nomination race, through the intense, final days when several candidates had fallen away and support for Santorum was surging. Along the way, Hagle provides explanations of the Iowa Caucuses and the Iowa Straw Poll, discusses why grassroots organizing is so critical to caucus success, and highlights pitfalls that campaigns should avoid.

Riding the Caucus Rollercoaster is a valuable read for anyone interested in presidential campaigns, grassroots politics, or the Iowa Caucuses.