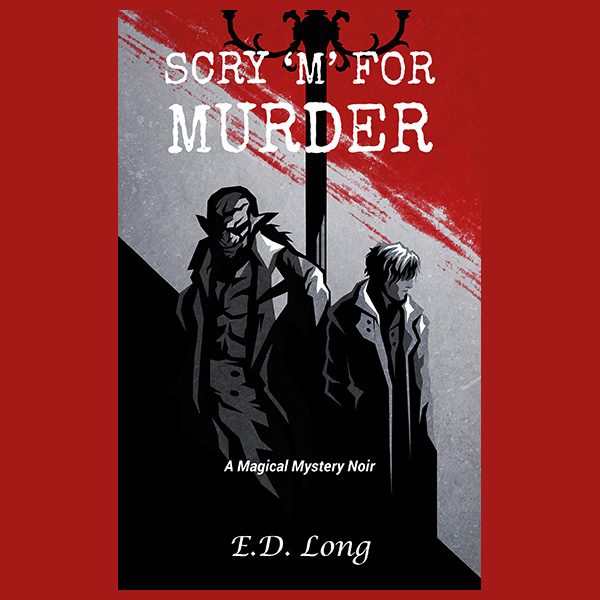 The wizard was dead. Dead, dead. Not just mostly dead. All dead. I’d have rifled thru his pockets for loose coin, but his robe didn’t have any pockets. I hated magic crime. Give me a common mugging, a simple ring of dumb, overly greedy thieves, some traditional vice. A good, old fashioned murder. Not some merchant rolled by an imp summoned by a rival. Not some dumb, overly greedy thieves who’ve bought invisibility cloaks or discovered a spell to walk thru walls. Not some back alley alchemy dealer and his magic drugs that let people experience telepathy or see into other realms best left unseen. Not some corpse scorched by demon fire or chewed up by some enchanted monstrosity. Have I mentioned I really hated magic crime? Private Inspector Ordu Syn may hate magic crime but what’s a disgraced, former Warden turned P. I. in the city of Zavravair supposed to do when his past comes back to taunt him and the Duke himself tasks Syn with finding out who killed the Duke’s mage and why? Now he must travel all over the city, from the wizard’s country home to the churches on Temple Hill and the rich mansions on Ivory Hill. From the ethnic neighborhoods and marketplaces to the Elven and Dwarven quarters of the city. From the poorest ghettos and Warden Houses and Crime Scene Alchemist morgues … to the very halls of the Palace itself. All to discover who or what murdered the magician. A wizard with a dirty secret and plenty of people with secrets of their own who’d love to see him dead; an Orc butler, a Dwarf cook, an Elf maid, a couple of foreign officials, a high priest, a madam, a crime boss, a reporter, a merchant, even the Wardens he used to work for … and a Duke who may just have another motive entirely. There’s a reason he hates magic crime. Scry ‘M’ For Murder is the first fantasy/mystery novel written in a somewhat hard-boiled style, about the adventures of vulkwitted scuffboot, Ordu Syn, as he navigates the city of Zavravair in the Seven Duchies.