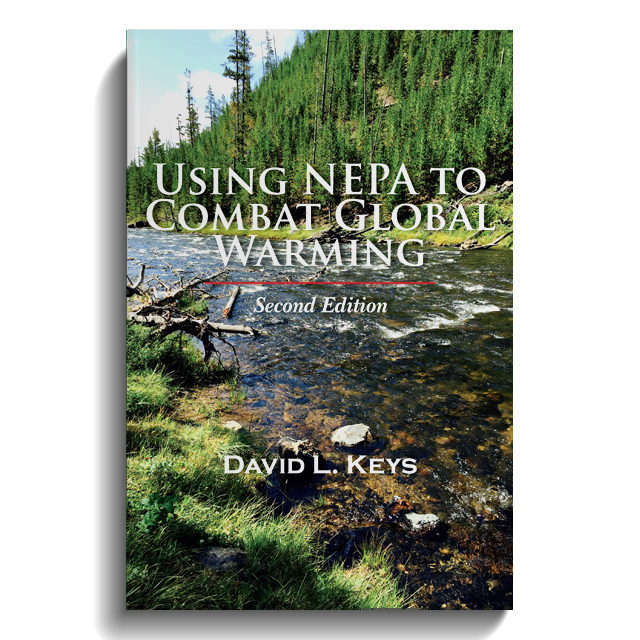 The second edition of Using NEPA to Combat Global Warming includes changes to the CEQ NEPA regulations in both the Biden and Trump administrations as well as three new chapters including a chapter on environmental and climate justice. On June 30, 2022, the U.S. Supreme Court ruled on West Virginia v. EPA, which limited the EPA’s ability to combat global warming. This ruling will make NEPA more important than ever in combating global warming as suggested herein. I wrote this book to explain how the U.S. National Environmental Policy Act (NEPA) of 1969 can be used to include greenhouse gas (GHG) emissions analysis in the NEPA process in order to combat global warming. It gives an overview of NEPA for those unfamiliar with the act or those who need a refresher, as well as a review of the Council on Environmental Quality (CEQ) NEPA regulations. It also explains the greenhouse effect (GHE) and the second law of thermodynamics—referred to as the entropy law—as they pertain to global warming. The book also reviews and assesses two CEQ policies created in 2016 to guide U.S. Federal government agencies in accounting, reporting, and using GHG emissions in NEPA analyses. It offers suggestions for improving global warming policy by incorporating energy concepts into the NEPA process to combat global warming.