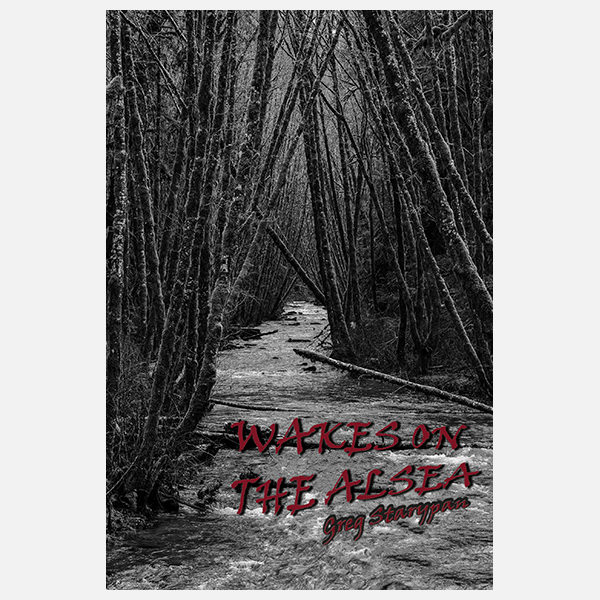 Wakes on the Alsea

When vultures are scared off their meal near the banks of the Alsea River, a terrible truth is revealed. A nature writer, Grady Riker, discovers the body of his neighbor Harlan Gannet. The locals in the coastal river community admit they never liked the murder victim. They considered him an outsider and a trouble maker. The sheriff is ready to retire and has no interest in pursuing the case. Grady learns Harlan had been researching old crimes for story ideas for a book. The killer strikes again, and Grady suspects Harlan was on to something from the past. The closer Grady gets to the truth, the more he realizes he’s not the only one in danger. Anyone close to him could be the next victim.
Author, Greg Starypan, creates an intriguing crime mystery with an emotionally authentic cast of characters. The suspense builds to a shocking end, uncovering a killer with a long-buried past of rejection and family secrets.